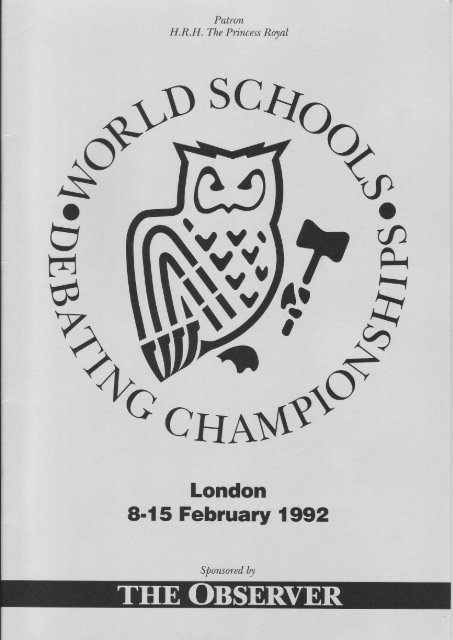 The World Schools Debating Championships were first held in Australia in August
1988. Since then there have been competitions in Canada and Scotland. The London
tournament is the fourth in the series. No host country has won as yet and no country
has won the competition twice. The winners of the first three contests were Canada.
Scotland and New Zealand.
Each year the size of the competition has increased, and there will be thirteen countries participating in the London event. Several teams have been chosen from national competitions specially arranged with the world championship in mind.
Every team debates eight times during the preliminary rounds, which are followed
by quarter-finals, semi-finals and the Grand Final, on Saturday, February 15. The
debates are being held in schools all over London, in Sussex and in Cambridge.
There is a separate contest to select the best individual speaker and a special award
will be given to the best team for whom English is not the native language.