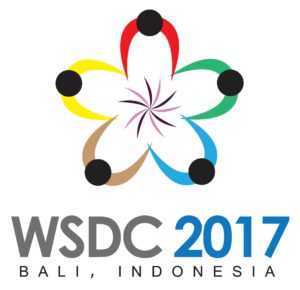 The prepared motions for the 2017 World Schools Debating Championships in Bali are as follows:

–  This House would ban for-profit universities and colleges

At this stage, we suggest for teams to prepare the case for each of these motion in either proposition or opposition. The draw and the side of the debate for each team will be only will be finalized closer to the start of the tournament. (Under the WSDC Rules, the draw and sides must be confirmed at least 2 weeks before the date of the first preliminary round.)

For the preliminary rounds, rounds 1, 3, 5 and 7 will be prepared debates. However, exactly which of the 4 prepared preliminary round motions listed above will be assigned to each of those rounds is yet to be finalized.

All other rounds of the championship (rounds 2, 4, 6 and 8, as well as the partial double octo-finals, octo-finals, quarter-finals and semi-finals) will be impromptu debates for which the motion will be released only 1 hour before the debate begins.