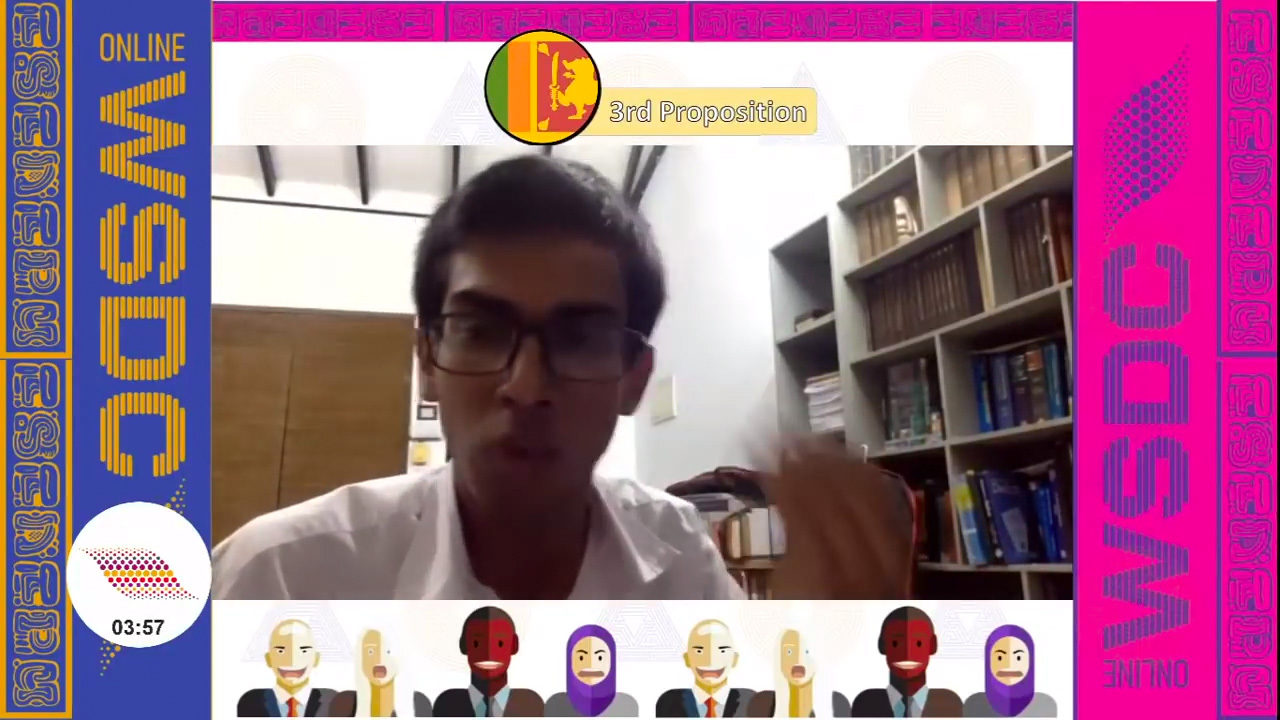 The first Online WSDC, organised to fill the gap created by the postponement of WSDC 2020 in Mexico, was won by Canada who defeated Sri Lanka 8-1 in the Grand Final.

Prepared motions for both divisions (prelims):

Info-slide: There is an ongoing dispute between India, Pakistan, and China over territory in the former federal unit of Jammu and Kashmir (J&K).

J&K was the only state in India to have a majority Muslim population, and there has been a longstanding secessionist movement in this state. The Government of India has consistently responded to this with brutal military repression.

Formerly, J&K also enjoyed ‘special status’. They had a separate constitution, flag, and autonomy over internal administration of the state. Only designated permanent residents of J&K could own property, obtain government jobs in the state, receive govt. scholarships, etc.

In late 2019, the Government of India placed major political leaders under house arrest, revoked its special status, and partitioned the state into two territories that the Government of India has direct and complete control over. Non Kashmiris now can buy land and own property, access government positions, etc, effectively ending any special protections for Kashmiris.

Context: You are a talented, middle-class person in your early twenties about to start your career. You have the choice between a job in which you will make a lot of money and work long hours (e.g., investment banker, corporate lawyer, etc.) and a job which pays less but that you are more passionate about (e.g.: social worker, chef, teacher, small business owner, etc).